Kimono SK offers a Japanese cultural kimono show. Our concept is to introduce the correct Japanese kimono culture to the world, in the hope that people will understand the splendor and beauty of the kimono tradition.

First, we grab everyone’s heart with a fashion show presenting kimono that are themselves a beautiful art piece. Our goal is to have many people to experience wearing kimono, so we offer the chance for locals or students from your school to be dressed and walk the runway.

To show the intricate art of kimono dressing, master Sueko Oshimoto demonstrates live onstage how  a traditional kimono is styled and dressed. She will exhibit her flawless yet unique dressing technique. At every performance the crowd cheers and applauds when a 14-foot long sash is transformed into a beautiful decoration. They cannot help saying “Wow!”

In the final lecture, we explain the history and fundamentals of kimono. In addition, Sueko Oshimoto introduces her design pieces, from avant-garde kimono dresses to high-fashion kimono costumes, on a monitor which is used in film, television, and fashion magazines.

With our roots in both Japan and Hollywood, Kimono SK provides a show that is unique in the world.. Show structure, content, and budget are flexible based on your requirements and requests.

“Kimono dresser” is a national qualification licensed by the Japanese government as both an art and a skill. Japan is the only country in the world to teach dressing of its national costume at a specialty school. 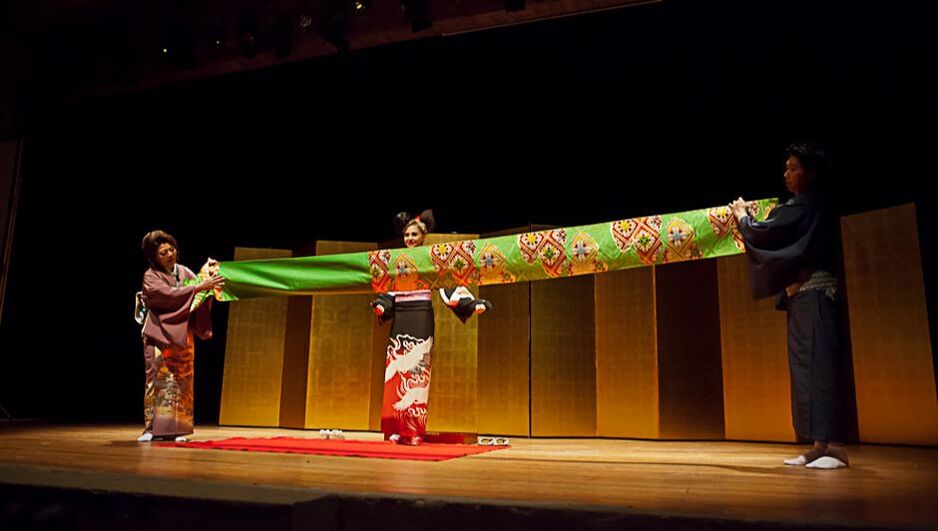 We have models come on stage again to explain the characteristics and differences of various  kimonos. Also, Sueko will talk about behind-the-scenes experiences various sets, something only an active costume designer in Hollywood could provide. 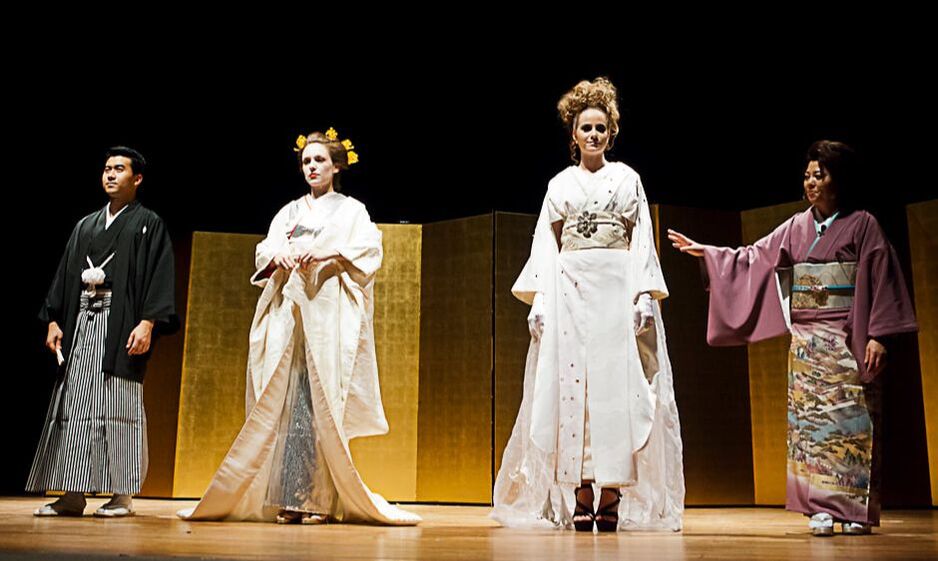 The actors with specialized training in Japanese swordfights for film perform their powerful swordfighting. The performing pattern changes depending on the number of samurai or the amount of space. After the show, your guests can take a photo with samurai.

An accredited master in classical Japanese dance performs her graceful dance using a prop. The dancer is dressed in geisha kimono which is different from a regular kimono, and is wearing geisha make-up. After the show, your guests can take a photo with the dancer.

Top dancers who work with a world famous singer will dance at your event wearing our kimono costumes. Choreography can be any genre, including hiphop, break dance, house, or ballet.

We set up a gorgeous kimono background and provide two beautiful kimono models at our photobooth to highlight the atmosphere with beautiful hair & make-up. After an event is done, we upload all photos to an online album from which guests can download the photos.